Greece Plans to Reopen to Tourists on May 15 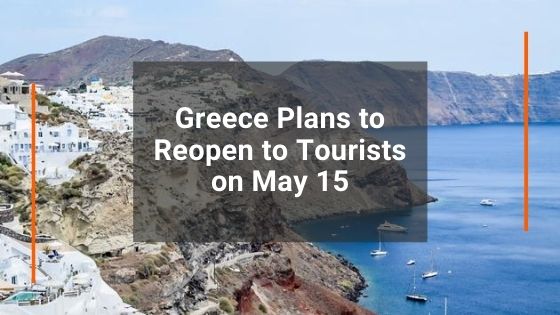 THE PRIME MINISTER OF GREECE SAID THE COUNTRY SHOULD BE ABLE TO REOPEN TO TOURISTS ON MAY 15.

According to Reuters.com, Greek Prime Minister Kyriakos Mitsotakis announced Wednesday that “vaccines, the self-tests and the better weather” are proving to government officials that COVID-19 cases are on the decline and travel is possible once again.

While there are still concerns about a surge in infections during Greece’s Orthodox Easter weekend, Mitsotakis said the government’s goal is for a safe Easter and “a free summer.”

The Prime Minister also revealed restaurants should be able to open on May 3.

Earlier this week, Greece eliminated quarantine requirements for travelers coming from 32 nations who’ve been vaccinated against or test negative for COVID-19.

Starting April 19, citizens from the 27-member European Union (E.U.) bloc, as well as from the United States, Britain, Israel, Serbia, and the United Arab Emirates, who meet the testing/vaccination requisites will be able to enter Greece without the need to self-isolate for ten days upon arrival.

Airlines and cruise lines are also announcing new service to Greece as the country begins to reopen, as United announced last week it would connect Washington Dulles International Airport and Athens, Greece, starting in July.

AIDA Cruises announced a series of seven-day voyages from Greece starting on May 23. The sailings will depart from Corfu and travel to Crete and Rhodes, as well as to Katakolon (Olympia) and Piraeus (Athens).